The construction of the central hall in Mokré Lazce began in 1996, a year after establishment of the company. The opening ceremony took place in November 1996. After five years  the halls were small and extra floor was added, for the same reason the hall was further expanded in 2004 and was rebuilt in 2008.

In the headquarters there are now 130 employees. It houses the management of the company, the economic and IT departments, marketing and, above all, the technical specialists for modular systems and machine elements. There is also an assembly hall where we produce constructions made of aluminum profiles, conveyors, work desks, etc. Part of the hall is also used by expeditions of the Machine Elements division. 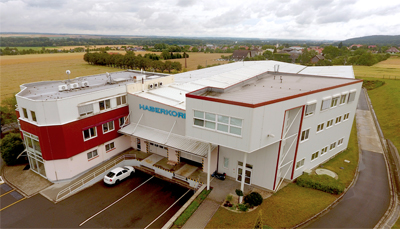 The second hall in Mokré Lazce is situated at the opposite side of the village opposite the headquarters. This hall was built because the headquarters could not be further expanded and its capacity was insufficient in the long-term growth of the company. The construction of the so-called "Store 2" started in 2012, the opening was in July 2013.

The main warehouse of hydraulics and industrial hoses division is in this hall. The custom production of Machine elements and also the fencing division has moved here. There are fifty employees. The interesting fact about this hall is a 12 meter high automated warehouse. 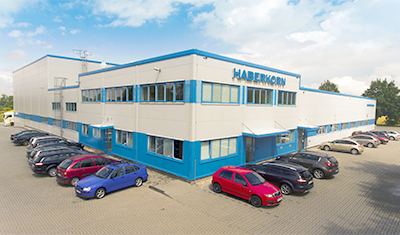 Branch in České Budějovice was taken over by company Haberkorn s.r.o. in 2013 as part of a merger with Ernst Glogar s.r.o. branch specializes in assortment of hydraulic hoses and components as well as industrial hoses. It has currently 13 workers and is based in the industrial area on Okružní street. 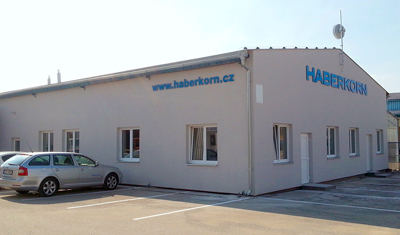 The Liberec branch also became the property of Haberkorn s.r.o thanks to the merger with Ernst Glogar and specialized exclusively in hydraulics. Originally, the branch resided in the small basement of the historic villa which prevented its development.

The new modern hall on Rochlicka street in Liberec was completed and opened in May 2017. Now the branch outside the established range of hydraulic hoses and components also deals with industrial hoses and assortment of aluminum profiles. The branch is gradually expanding and now there are eleven employees. 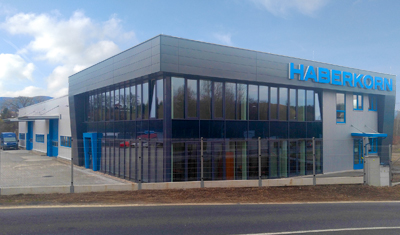 Branch in Trnava is housed in rented premises near the industrial zone. It was opened in 2013 and the main goal of the branch is to bring the company closer to Slovakian customers.

At present the branch focuses primarily on the sale of aluminum profiles and the assembly of constructions. There are five workers employed who gradually take over the service of Slovakian customers from Mokré Lazce headquarters. 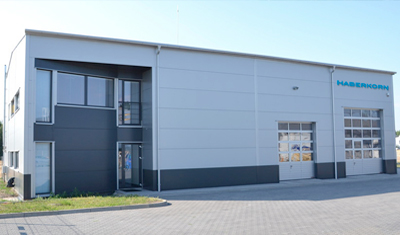